The Scoop on Ladybugs 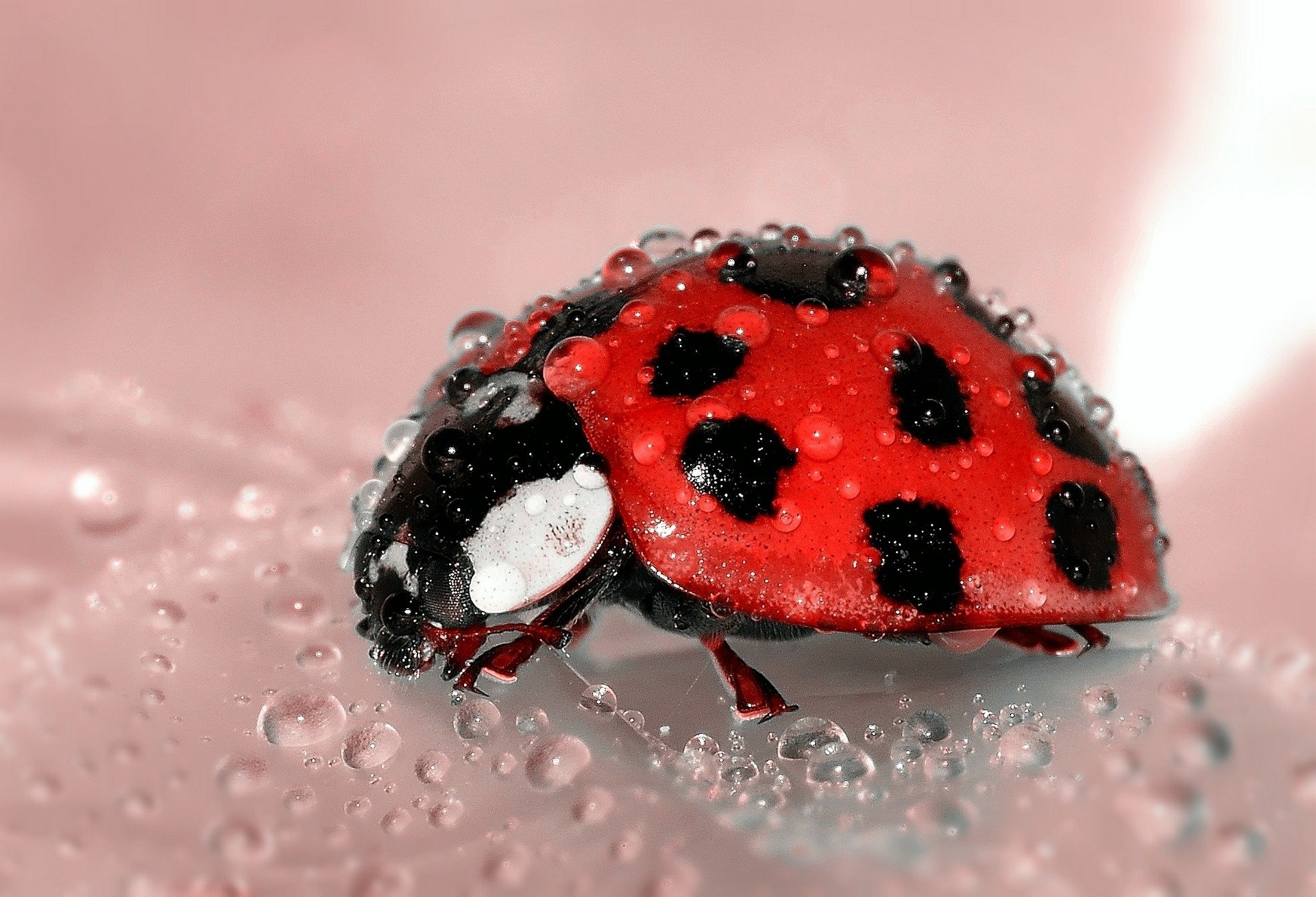 Long before the holiday season was upon us, wayback in mid-October, these houseguests were "spotted" moving indoors for a little winter siesta in a photographer friend’s Maine home.  They were caught in the act... settling in for a cozy winter indoors.

This particular Ladybug species is Harmonia axyridis, or the Asian Multicolored Lady Beetle (in the Harlequin Ladybug group). First imported for insect control in 1916, it was reintroduced for aphid control on southern pecan trees (1978-1982) and it is also widely employed for pest control in apple orchards, especially in California. It is thought that, although the Asian species was imported for control of aphids and scale insects, they only started spreading on a much grander scale, after being accidentally imported on a freighter.

Harmonia axyridis beetles seek warmer quarters come fall, where they'll overwinter as adults. They're especially attracted to light colored buildings, predominantly south-facing walls, reminiscent of the rocky outcroppings and limestone cliffs where they overwinter in Asian habitats. The reason that they they congregate, seek the warmth of our homes and return to the same places every year, has everything to do with pheromones. This chemical substance serves as a lingering calling card, and is largely responsible for this autumnal migration. Remaining on wooden surfaces and inside walls, the pheromones are viable for years, leaving the welcome mat out for generations to come. They seek shelter under shingles and in sun-warmed crevices; however, these spotted adventurers are not averse to entering your home, when they discover even the smallest entryway. Caulking cracks and openings helps to deter these "house guests."

Unladylike behavior ~ Indoors, this Asian ladybug is not a great house guest, exuding a vile-smelling yellow liquid from their leg joints onto ceilings, walls and furnishings (referred to as "reflex bleeding") and congregating in dark areas until spring. Those that survive the winter indoors, seek exit points and migrate back outside in spring to feed and lay eggs. A hand-held vacuum is the best way to collect these unwanted house guests - simply release them back outside (or dispose of them)... some folks have been known to leave them in a mesh bag, in the vegetable crisper, dormant until spring, releasing them in April or May. Let your conscience be your guide - these are the imported Asian ladybugs and although they do a fine job of insect control, they may be doing so at the expense of our native ladybug species... the jury's still out. The Harmonia axyridis as an ideal house guest?... not so much!

Enlist and release your army...If you do not have a resident population of native ladybugs in your backyard, we can help!  We are not selling Asian ladybugs.  We carry native ladybug species (Hippodamia convergens) every spring.  Why would you buy ladybugs?  In the adult and larval stages, they will dine on aphid, mealybug, soft scale and a number of soft-bodied pests, offering true biological control.  Keep them in the fridge until ready to release at dusk.  Select a well-infested plant (aphids are a favorite), water the stems and foliage (this assists them in their climb to the food source) and let nature do the rest... your ladybugs should settle down to their feast and once established in a yard, will often stay to dine on whatever else is on your menu of plant pests.  Children are big fans of this backyard activity and will be involved in the release and observation of these fascinating little beetles.

Note: Neem oil, Insecticidal Soap and Bacillus thuringiensis (BTK or BTI) are considered safe controls when applied in areas frequented by ladybugs and other beneficial insects.

Trivia: Whether you call them ladybirds, ladybird beetles, lady beetles or ladybugs, you may have grown up singing this little nursery rhyme “Ladybird, ladybird fly away home / Your house in on fire and your children are gone!"  This may date to the 15th & 16th centuries in England.